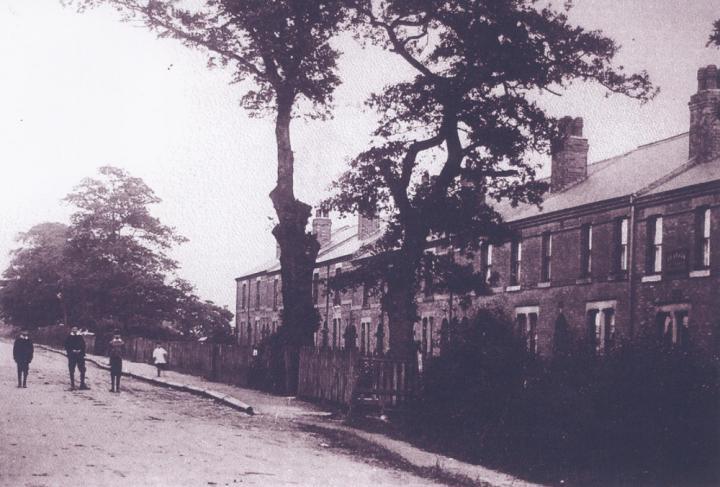 Huntley Avenue was built during mid to late 1930s and was extended in 1984/7.  A small building estate was added from Badger Close to Chaffinch Close.  During that time it extended access to Bill Peat’s Planting”, a small wood which was planted by Billy Peat, who was a local butcher and farmer in late 1800s.  He was fond of hunting and planted the trees for fox cover.  There is a large wood at the back of Chaffinch Close known as the Waste Wood, belonging to the Locko Estate.  This area of Spondon was known as “The Waste” before the enclosures of 1780/1790.   This extension to Huntley Avenue leads on to Pheasant Field, which was built in the late 1960s.  At the back of these houses is a cottage which used to be occupied by a gamekeeper who was employed by the Locko Estate.  It was reputed to have been an Isolation Hospital for victims of the Plague, and later for victims of Smallpox.

Further down Dale Road is a row of shops built in early 1950s.  The houses were built by the same firm which built Huntley Avenue during the 1930s.

The field on which the houses on the left hand side were built was known as Rushfield.  It was very wel and always grew a lot of coarse rushes.

The beginning of the footpath from Dale Road to Ockbrook Settlement was once known as Blue Gates.   The then carriageway led across the field and makes a sharp right turn down two fields to the house, which stood there until about the mid 1970s. It had been a farmhouse,  Burrowood, for many years.  Originally it was a Dower House to the Fitzherbert family, who purchased or built the House during the reign of William and Mary, 1689/1702, and was known as Burrowood Manor.  There is a mention of Borough Wood Manor in Kelly’s Directory of 1846, stating that the Owner was the Wilmot family of Chaddesden, but they must have leased it only, as there is documentary evidence that it belonged to the Fitzherbert Estate until 1923, when the farm, of 188 acres, was bought by Mr Charles and Mr Peter Coxon.  Peter was the last of a long line of Blacksmiths of that name.  They bought the Wells Close in 1795, the time of the enclosures, so must have been living in the village before that date.  The Well Close was thought to have been in the centre of the village.  There two wells and a number of springs, and it is possible that one of the Coxon family built the Blacksmith’s Shop there.

This farm would have been part of the original Burrowfield.

The Coxon family built some cottages on either side of the Blacksmith’s Shop in 1685.